Freedom fighter, warzone motorcycle adventurist, and conflict documentarian and filmmaker, Matthew VanDyke is hardly your typical Georgetown SSP (master’s in Security Studies Program) graduate. Opting out of a career in the United States national security apparatus in favor of spending his post-graduate years traversing the harsh North African desert by motorbike, VanDyke formed strong relationships over the course of his travels, spanning from Mauritania to Afghanistan, which would ultimately result in his decision to participate as a rebel fighter in the Libyan civil war.

Those years would effectively amount to a crash course in squat toilet usage, crisis aversion, and the subtle art of negotiation under life-threatening circumstances, none of which VanDyke’s expensive Georgetown education could even begin to prepare him for. He smuggled cars in West Africa, was hooded, detained, and beaten in Iraq on the accusation that he was Al Qaeda, spent a night running from armed bandits in Afghanistan, was repeatedly accused of being CIA in a region where US ties were dangerous – and so only begins Mr. VanDyke’s impressive list of shocking life experiences. “I learned to survive over those years,” VanDyke remarked during his address, “how to drive off road in sand, how to talk my way out of trouble, how to make connections with the right people, how to bribe officials, how to smuggle money and weapons for personal defense across borders, and all the other necessary skills that one needed for surviving alone on a motorcycle in the Arab World.”

In 2008, VanDyke spent six weeks in Libya, during which he met some of his closest friends. When some of those same friends contacted him in 2011 in the midst of the civil turmoil and told him about their suffering, VanDyke became increasingly convinced that he could not simply sit by idly as people he cared about were being ravaged by war. When one friend pleaded, “Why doesn’t anyone help us?”  it became clear to VanDyke what he was to do.

And so VanDyke shipped off to Libya, without journalistic premise or intent, but to offer help to his friends in support of the Libyan revolution. At that point in the conflict, there was no NATO presence, and international intervention seemed like a far-off and distant possibility. VanDyke knew he would fight if given the chance, but was unsure if the Libyan rebels would readily accept an American into the fold. To his surprise, he was given an immediate and warm welcome, and began working as a uniformed combatant the very same day. Unfazed by the unique nature of his presence, some Libyans regarded VanDyke’s decision to come to Libya as a natural act of friendship.

VanDyke’s immersion into the combatant lifestyle was hands-on. Within days, he had begun assisting with installation of mortars onto auto vehicles, and was making inquiries to his ex-military friends back home as to how to operate them. With his Libyan military uniform, sunglasses, and careful reticence, no one could tell that VanDyke was not a Libyan. He performed his day-to-day duties like any other Libyan rebel in his brigade, expecting and receiving no special treatment along the way.

On a reconnaissance mission in the town of Brega, VanDyke was ambushed. He woke up in a jail cell with little recollection of exactly what had transpired. As a captive enemy combatant, he knew he was likely to be tried and executed, and that the evidence against him was damning. Video footage, notebooks, his passport – all of his possessions made very evident strong connections to the US. Unconvinced by his efforts to persuade them otherwise, his interrogators remarked that he “was CIA.” He was soon blindfolded and transported to a 7 by 4 jail cell in the Maktab al-Nasser prison of Tripoli, where he would spend the next 85 days in solitary confinement. Aside from meals and bathroom breaks three times a day, VanDyke had no human contact. Scratch marks on the wall indicated that his predecessor had lasted some thirty days, and as he listened to the wails of prisoners around him being interrogated, VanDyke wondered fitfully what would become of him. The conditions and psychological trauma caused by his imprisonment in Maktab al-Nasser were so severe that, upon his move to the infamous Abu Salim prison, VanDyke thought he’d been granted an upgrade (Abu Salim is notorious for alleged human rights abuses). After over 80 days in Abu Salim, fellow prisoners broke the lock of VanDyke’s cell and he managed to escape. VanDyke had lived through his entire imprisonment under the impression that Gaddafi had won. The Gaddafi regime denied having him in custody for most of his detention.

VanDyke didn’t immediately return home after his release. Determined to honor his commitments to his friends, he instead headed to Ras Lanuf, enlisting with the Ali Hassan al-Jaber Brigade to return to the front lines. It was, as he puts it, “a Libyan thing to do.” Despite his status as an American in a country with a history of anti-American rhetoric, he was again readily accepted, almost without exception, as a brother in arms.

News came of Gaddafi’s death, “and the rest was history.” After the conclusion of the war in Libya, VanDyke returned home to the United States. Ideologically changed, and infused with enthusiasm for the idea of “exporting the revolution,” he immediately turned his attention to Syria.

Having perceived that a major problem in Syria was the paucity of weapons and ammunition (bullets in Syria cost $2 each, whereas ammunition in Libya was largely free), VanDyke knew that the Syrian revolution was desperately in need of money. With this in mind, VanDyke picked the camera up again, sinking in $15,000 of his own money to make a film to raise awareness – and funds – for the Syrian revolution.

VanDyke recognizes the major challenges Syria faces moving forward. Arms shortages, lack of funding, and seemingly limitless government cruelty are only the tip of the iceberg. Aid in itself is problematic; widespread corruption makes it difficult to ensure that it reaches its intended destination. Women, while seemingly involved in a limited capacity, are relegated to the backseat by the men around them. Rampant profiteering, among numerous other factors, has given rise to ever more intense divisions among the anti-Assad contingent. As VanDyke urgently illustrates, Syria is more in need of outside support and scrutiny than ever.

VanDyke’s documentary film, entitled Not Anymore: A Story of Revolution, was screened during VanDyke’s address to the IRC. It stars Nour, a young English teacher turned journalist/combat photographer, and Mowya, a rebel fighter, humanizing and depicting Syria’s struggle for freedom through the powerful words of its two central characters. In its most satirical, but perhaps most pointed moment, the film zooms in on Nour, petting a small cat. Mowya sarcastically remarks that the footage of the cat should be uploaded to YouTube, so that people will at least send help for the cats of Syria – “They don’t care about the people. Maybe they will see that there are cats in Syria and say, ‘let’s help Syria.’” 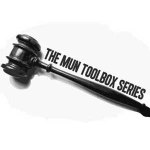 The Georgetown International Relations Club (IRC) is one of Georgetown University's oldest and largest student organizations. Founded in 1923 as the Current Affairs Club, the International Relations Club adopted its current name in 1932 and has always striven to educate and immerse the campus community in the dynamic world of international affairs. The IRC sponsors numerous lectures and discussion events on campus, staffs a variety of internationally themed conferences, operates one of the nation's most successful traveling Model United Nations teams, and -- most importantly -- brings a diverse group of passionate, internationally-minded students together through meaningful friendship and engagement.